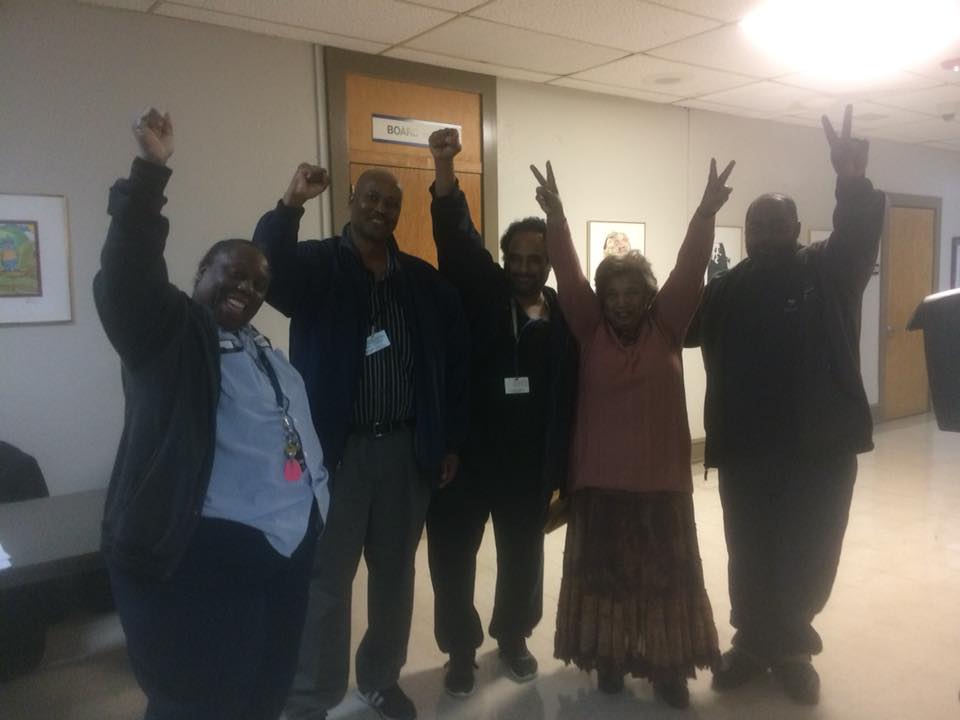 DURHAM, N.C. (WNCN) — The Durham school board vote unanimously Thursday night to have all its custodians become Durham Public Schools employees, rather than work with outside contractors.

DPS Chief Operating Officer Aaron Beaulieu outlined a plan to begin phasing in an in-house custodial program on July 1, with a goal for full implementation by Jan. 31, 2019.

“Victory! We won a victory,” said Deborrah Bailey a custodian who was worked for Service Solutions for nine years.

Bailey was one of more than a dozen custodians who spoke during the board meeting. Most were in support of moving custodial services to an in-house model.

School Board members began looking into making a switch from private to public custodial service several months ago after part-time custodians employed by Service Solutions complained of unfair wages.

Part-time employees with Service Solutions receive $8-9 per hour, but receive neither sick nor holiday time, according to a DPS presentation.

During the meeting, board members weighed several options for the DPS custodial program. They ultimately agreed on the in-house model. Under than plan, part time wages would increase to $11.22 per hour, in accordance with the state salary schedule. Part-time workers will also receive paid sick and holiday time.

Full time staff will receive between $13.37 and $16 an hour, paid sick and holiday time, as well as state employee health and retirement benefits.

While board members were in support of moving to the in-house model, there was concern as to whether the switch was feasible, given the district’s current focus on hiring teachers.

All custodians employed by Service Solutions or Premier would have to reapply for their jobs to go through a DPS background check.