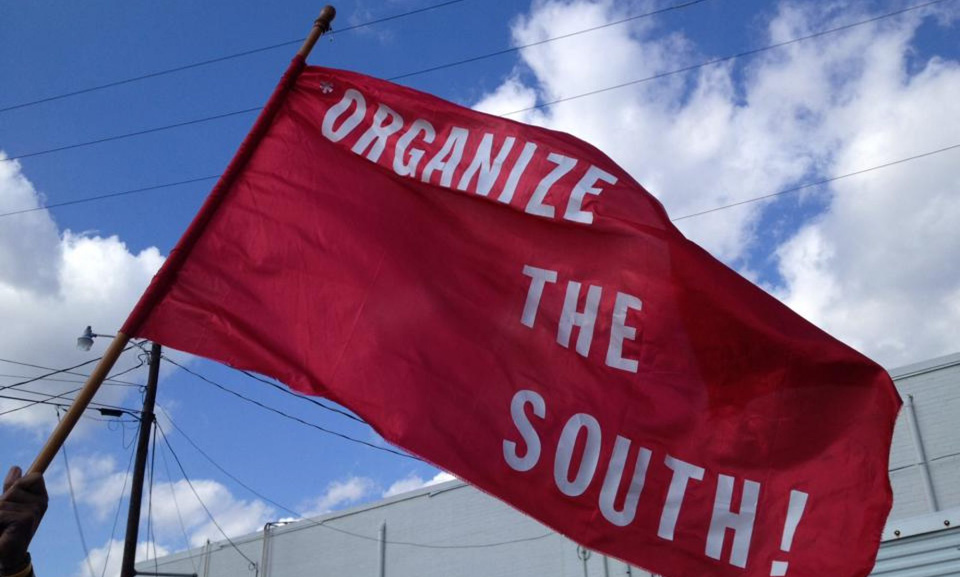 UPDATE: Durham City Council approved this resolution at its meeting on April 2, 2018.

But the workers want more than words.

Mayor Pro Tem Jillian Johnson presented the resolution, “In Support of Public Employee Collective Bargaining Rights and Rights for Employee Organizations,” at the council’s work session. The council will vote on it April 2 as part of the consent agenda, where items are typically approved without discussion.

“That the City of Durham supports the right of all workers, including public employees, to organize and to collectively bargain;

That the Durham City Council calls for the repeal of North Carolina General Statute 95-98 that bans public sector collective bargaining;

That Durham City Council urges the Supreme Court of the United States to consider the legacy of Dr. King, the Memphis sanitation workers, and the public benefit created by workers organizing in rendering its decision in Janus v. AFSCME Council 31.”

AFSCME stands for the American Federation of State, County and Municipal Employees. A ruling in the case could determine worker payments of certain union fees.

At Monday’s City Council meeting, members of the UE Local 150 Durham City Workers Union presented proposals for the city budget. They’re also the ones who asked for Thursday’s resolution.

Durham city worker Daryl Brunson, a steward of the City Workers Union, reminded Durham City Council at its meeting March 19, 2018 that it is the 50th anniversary of the Memphis sanitation workers strike.
Dawn Baumgartner Vaughan dvaughan@heraldsun.com

Daryl Brunson, an equipment operator in solid waste services for 12 years and steward of the Durham City Workers Union, reminded the council that this is the 50th anniversary of the Memphis sanitation workers’ strike. The 1968 strike protested years of low pay and working conditions and brought Martin Luther King Jr to the city, where he was assassinated,

Romey Gaddy, a union steward who works in the city’s water management department, told the council that the city needs to do a comprehensive survey of its fleet and examine old trucks.

Donald Quick from Public Works requested a $2,500 across-the-board raise rather than merit system raises, which he said is not working.

UE Local 150 Durham City Workers Union wants the city to allow bulletin boards in each city department where union matters can be posted. It also wants employee organizations to participate in new employee orientation and have access to parking lots and non-work areas for membership activities. The union also wants safety committees, promotions committees, union representation in grievance meetings, among other things.

Most city union members are in the Public Works, Water Management and Solid Waste departments.

City Manager Tom Bonfield said Thursday that he will take the union’s proposals back to staff and report back at a future meeting.

Labor groups, not just the City Workers Union, have asked the city for a Durham Workers Commission, too.

The nationwide union membership rate in 2017 was 10.7 percent, according to a U.S. Department of Labor Bureau of Labor Statistics report. There were 14.8 million wage and salary workers in unions, a slight increase from 2016.

North Carolina has the second lowest union membership rate at 3.4 percent. Only South Carolina is lower with 2.6 percent of workers in unions.

Durham city worker Daryl Brunson, a steward of the City Workers Union, reminded Durham City Council at its meeting March 19, 2018 that it is the 50th anniversary of the Memphis sanitation workers strike. Dawn Baumgartner Vaughan dvaughan@heraldsun.com