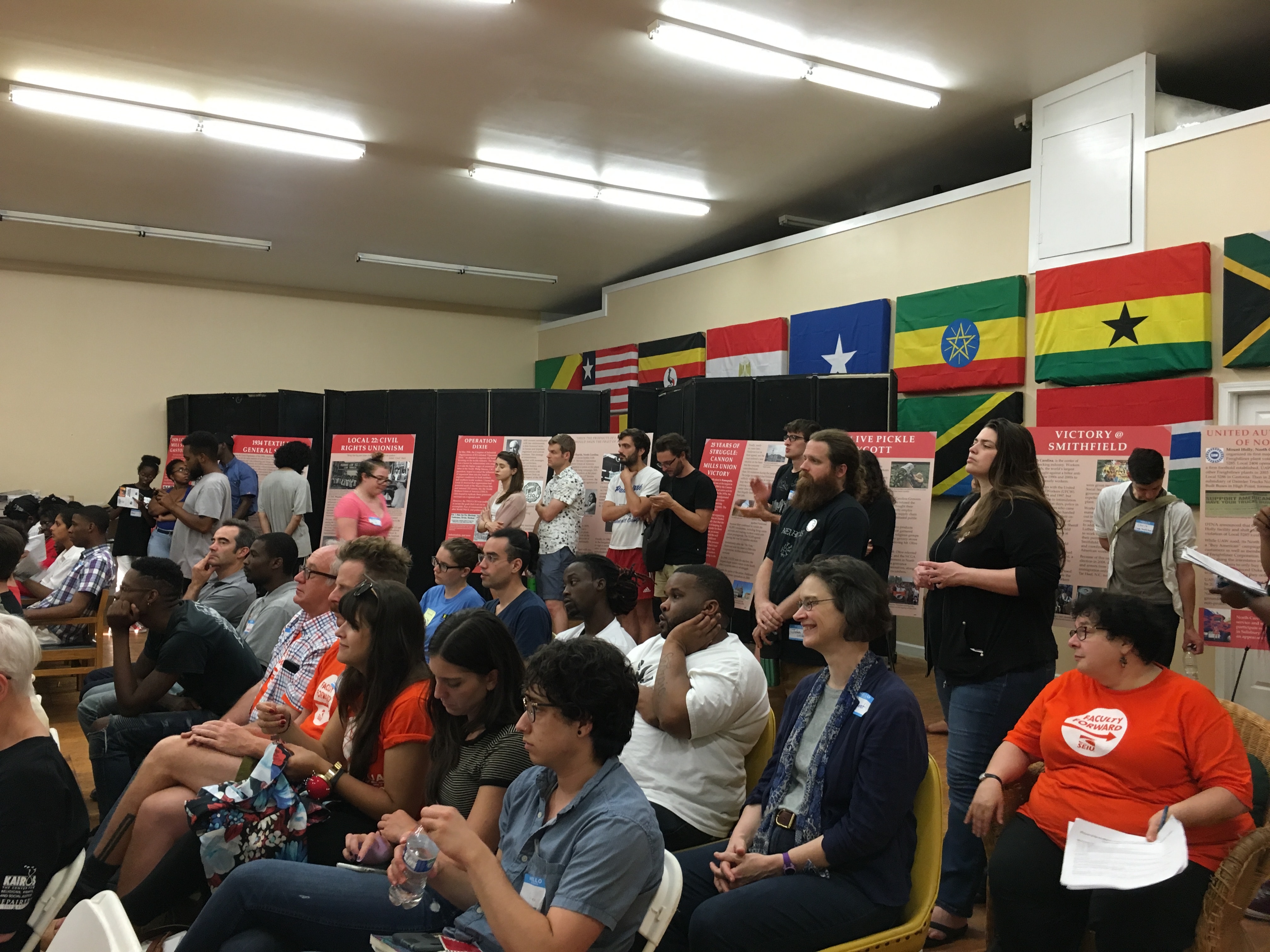 It looked and sounded like an old-fashioned union rally in Durham Thursday night – which grabs your attention considering unions don’t have a lot of political power in North Carolina.

This was an effort to turn that around.

In this sometimes raucous and pro-union crowd Bertha and Earl Bradley listened closely. This mother and son both work at Wendy’s restaurants in Durham.

“$9.25 an hour,” Earl Bradley revealed about his hourly wage.

He and his mother say they’re struggling to make ends meet. And they’ve been vocal advocates in the fight for a mandated $15 living wage.

“I am working poor,” Bertha says.

The message in the hall tonight is that North Carolina workers are getting a bad deal because of the weakened state of unions here. 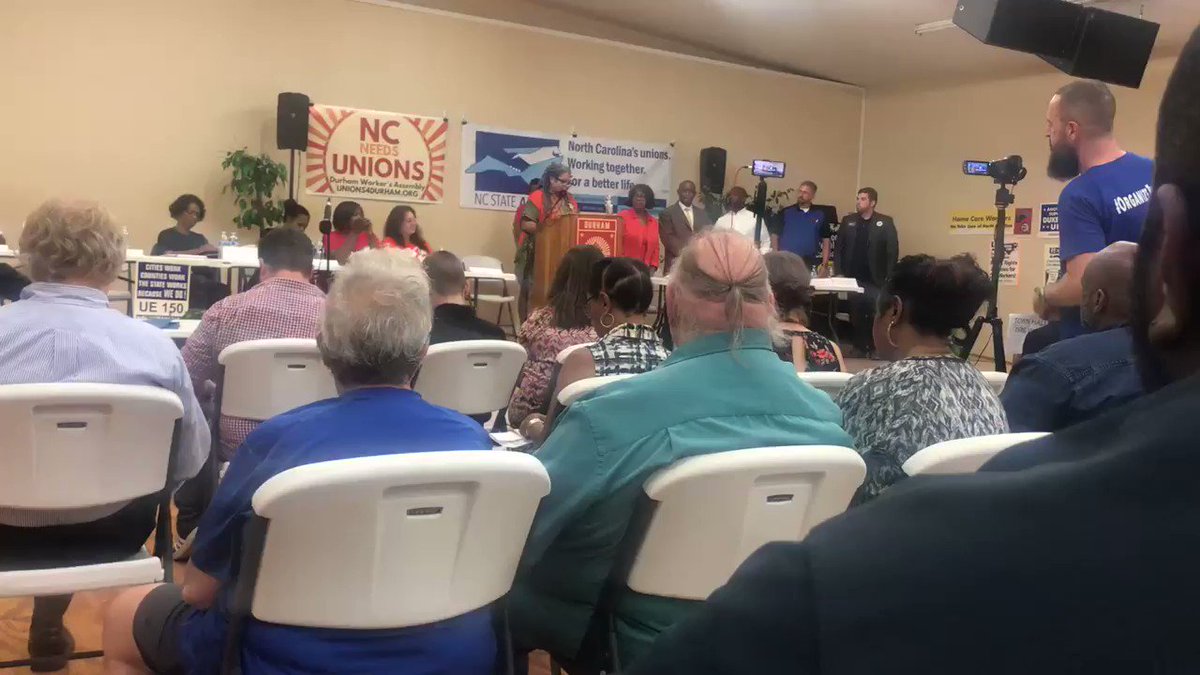 North Carolina has the second lowest rate of union membership in the country — 3.4 percent.

It’s a “right to work state,” which means workers aren’t required to join unions as a condition of employment.

State workers like teachers or police officers can’t negotiate together with their bosses for high wages, safer working conditions, or better benefits.

“So we want to see those laws change,” said NC AFL-CIO President Marybe McMillan. “We want to see workers able to sit down at the bargaining table and collectively come together to have a voice that works, so they can finally get their fair share.”

There were workers of all kinds here. Katya Gorecki is with the Duke Graduate Students Union. It’s not recognized by the university — but it hasn’t stopped the group’s fight.

“When I’m teaching, I’m making them money in the form of tuition. When I’m doing research, I’m giving them prestige and a reputation,” Gorecki explained.

And Bertha Bradley vows to keep fighting too. However, she admits she’d feel better if she had a union protecting her job at Wendy’s while she’s speaking out.

“Because they’ve given me a hard time because I spoke at certain events and they feel like I’m belittling Wendy’s,” she said.

The event at Caare Inc. was called “North Carolina Needs Unions.” They’re calling for a $15 living wage and a repeal of North Carolina General Statute 95-98, the ban on public sector union collective bargaining.